This was the motto of Monseigneur de Suarès (bishop of Vaison and a staunch fan of these wines) in 1633, describing this Cru from Drôme Provençal, a wine that is as balanced as it is aromatic. Passionately cultivated by young winemakers that brought with them new ideas from their travels, Vinsobres wines owe their richness to the assembly of the qualities of richly varied, complementary terroirs. The appellation's soil here are very stony, red to brown in colour, and their warmth allows the vines to flourish early with a high concentration of grapes. Made mainly of Grenache and Syrah, they produce dark red wines with a complex, harmonious nose with spiced flavours that are suitable for ageing.

Having been occupied by the Romans, Vinsobres then went on to become the possession of the barons of Montauban, and subsequently owned by the Dauphins and Princes of Orange and Urre. The name Vinsobres comes from Vinzobrio, the oldest recorded version of the village name, dating back to 1137; this in turn is thought to derive from the pre-Celtic Vintio, meaning height, and the Celtic suffix briga (mountain).

In 1633, Joseph Marie de Suarès, Bishop of Vaison-La-Romaine, coined the adage still used by the terroir’s winegrowers today: “Vinsobres, or sober wine - drink it soberly.” Vinsobres red wine was a Côtes-du-Rhône Villages AOC until 2006, when it was promoted to become the first standalone Rhône Cru in Drôme Provençale.

Vinsobres enjoys an unusual but very favourable geographic location, making it a southern Cru with distinctly northern characteristics. The vineyards grow at altitudes of 200 – 450 metres, in terraces, with the Prealps on one side and Mont Ventoux on the other.

A very particular microclimate protects the village and its vines planted in amphitheatre formation. Summers are hot and dry, with the local Mistral wind and Pontias winds bringing cooler air at night.

The north-east/south-west facing terroir of the Vinsobres hillsides rises to over 500 metres, and is characterised by a wide variety of soil types. Their character and potential gives wines with superb complexity. The village of Vinsobres is divided up by altitude, ranging from 184 metres at its lowest to a peak of 509 metres. Average altitude is 325 metres.

The AOC terroir lies between the Miocene sedimen- tary basin of Valréas and that of the Aygues river, the Mediterranean mountain stream that has carried along detrital material torn from the Alpine slopes for millions of years.

There are four types of soil here. Between 10 and 50 metres above the bed of the Aygues river we find a terroir of moderately steep slopes and ledges. From 230-250 metres, the high slopes overlooking the alluvial sections are made up of material dating from the Mid and Upper Miocene. These are marls or sandy marls, marine and continental, and covered by conglomerates from the terminal Miocene Age, very rich in coarse particles. On the peaks we find very high, very rocky plateaus. These materials were torn open, then filled during the Pliocene with marl containing varying levels of conglomerates to the north east of the village. 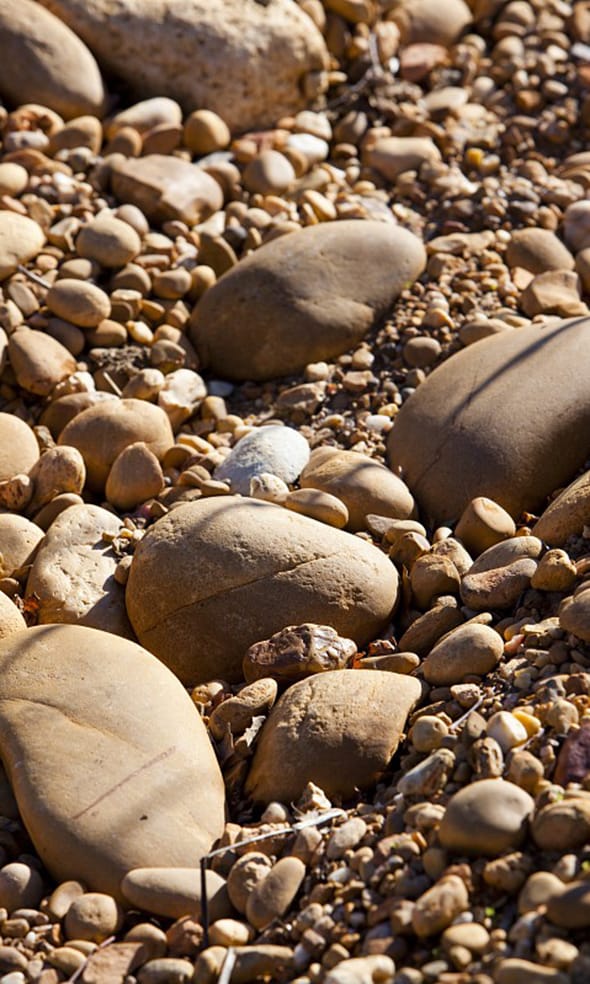