Sun-drenched hillsides, the heady scents of the garrigue and a bubbling river which changes its spelling at will...

Cairanne is a delightful village set on a rocky outcrop, offering visitors an irresistible range of luscious red and white wines.

There is plenty to love about Cairanne, not least its community spirit, nurtured by generations of winemakers, its hot, dry weather and its fruity, elegant wines. It’s also the gateway to the southern Rhône, combining the typically northern Syrah grape with the much more southern Grenache and Mourvèdre.

In 1929, a small group of winegrowers, including a Monsieur Rieu who fervently supported Baron Leroy’s ideas, came together to plan for their future. They set themselves a number of goals, aiming to protect their winegrowing interests, achieve AOC status and promote the village wines. That same year, Cairanne set up its own cooperative cellar, and the Syndicat Général des Vignerons des Côtes du Rhône was founded.

The village of Cairanne lies in the north west of Vaucluse, just a stone’s throw from the former papal enclave at Avignon, on the borders of the Drôme department. This single village makes up the entire appellation.

The climate here is Mediterranean – dry with plenty of sunshine – and heavily influenced by the Mistral wind, which gusts through the vineyards, helping the grapes stay healthy all year round.

The 1,088-hectare terroir comprises 3 distinct areas, each contributing its own character to Cairanne’s complex, elegant wines. These are: The terraces of the Aygues to the west of the village, made up of pebbles, clay and fine sand. The sandy subsoils promote fine- grained tannins in the wines, giving them finesse and a fresh lightness; Miocene slopes to the north of the village, the Montagne du Ventabren, make up one of Cairanne’s major terroirs. Erosion has cut into the mass of limestone pebbles with the occasional vein of flint alternating with Miocene marl; the soils here give the wine an aroma of black fruit and spice, with plenty of complexity and freshness. Garrigue scrubland to the south of the village, comprising stony, alluvial soils over a bed of fine-grained matter, dating from the Tertiary. This sunny, windswept plateau gives the balanced conditions needed to produce sun-drenched, generous wines with flavours of ripe fruit and spices. 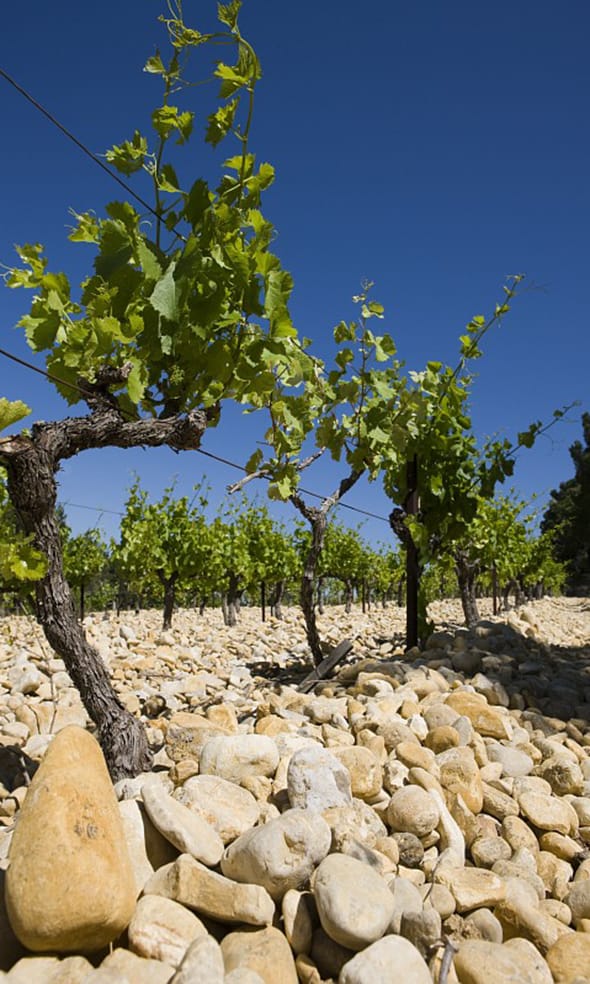